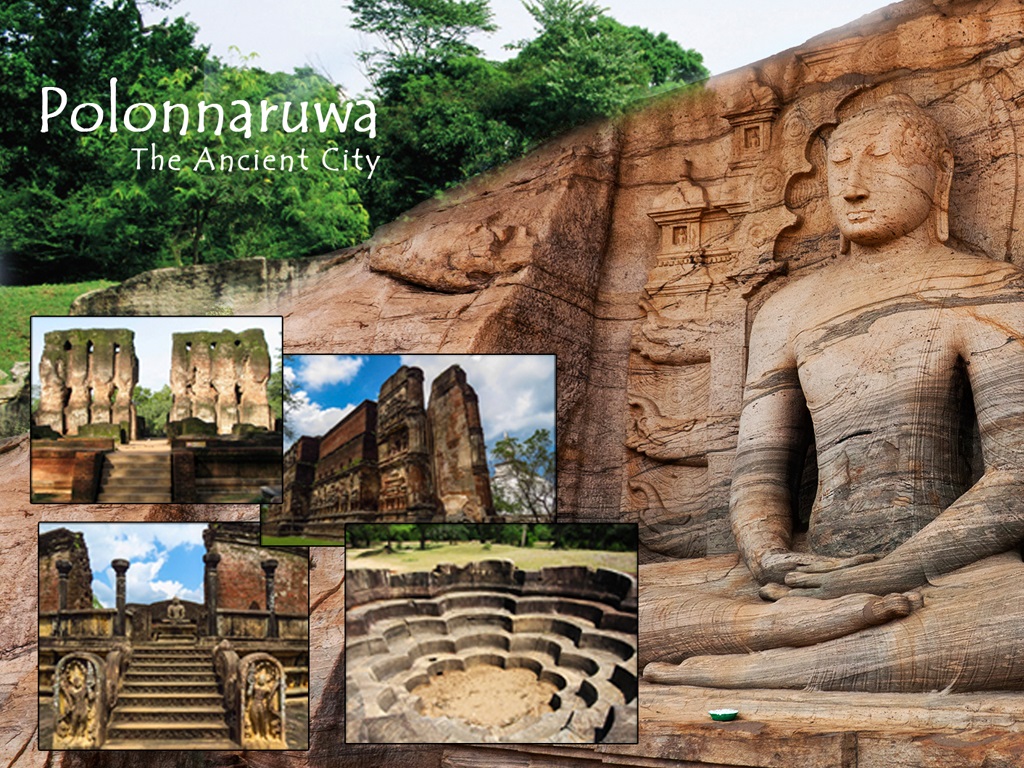 Take a tour with us to the magnificent city of Polonnaruwa. Attractions and activities here range from nature excursions and visits to historical sites and ruins. Upon request, we can provide expert drivers / guides who will take you to these sites and share their extensive knowledge on them with you.
A tour from Colombo to Polonnaruwa lasts about five hours. The range of vehicles available at Casons-Rent-a-Car whether it be cars, vans, SUVs, 4x4 cabs or buses, are all equipped to make the long journey comfortable for you as much as possible. Covering 228 km, the route to Polonnaruwa takes you through the towns of Ambepussa and Kurunegala.
Below are some of Polonnaruwa’s main attractions:
Gal Vihara
No trip to Polonnaruwa is complete without a visit to the Gal Vihara, a rock temple built in the 12th century. The main features of the temple are gigantic statues of the Buddha carved into the face of a granite rock. The biggest of these is a standing image of the Buddha at 22 feet with a most unusual facial expression that has left historians baffled.
Polonnaruwa Vatadage
Described as the “ultimate development” of its kind, the Polonnaruwa Vatadage is known as the best-preserved example of a vatadage in the country. The structure is said to have been built to house a tooth relic of Gautama Buddha.

Nissanka Latha Mandapaya
A most unique structure, the Nissanka Latha Mandapaya is located amongst some of the most oldest and sacred monuments in Polonnaruwa. Ancient records state that this was built by King Nissanka Malla as a place to listen to the chanting of Buddhist scriptures.
Minneriya National Park
The Minneriya National Park is famous the world over as one of the best places to see Asian Elephants due to the large gathering of herds. During the dry season, which is from July to September, herds of elephants as large as 300 to 400 can be seen here. In order to conserve the wildlife, the park was designated as a sanctuary in 1938.
Parakrama Samudra
Also called the Sea of King Parakrama, this is a truly remarkable creation that shows the advanced irrigational technology of ancient Sri Lanka. Developed by King Parakrama, the Parakrama Samudra features a shallow reservoir of three separate reservoirs all connected together by narrow channels.

You have any questions or need additional information?   Contact Us